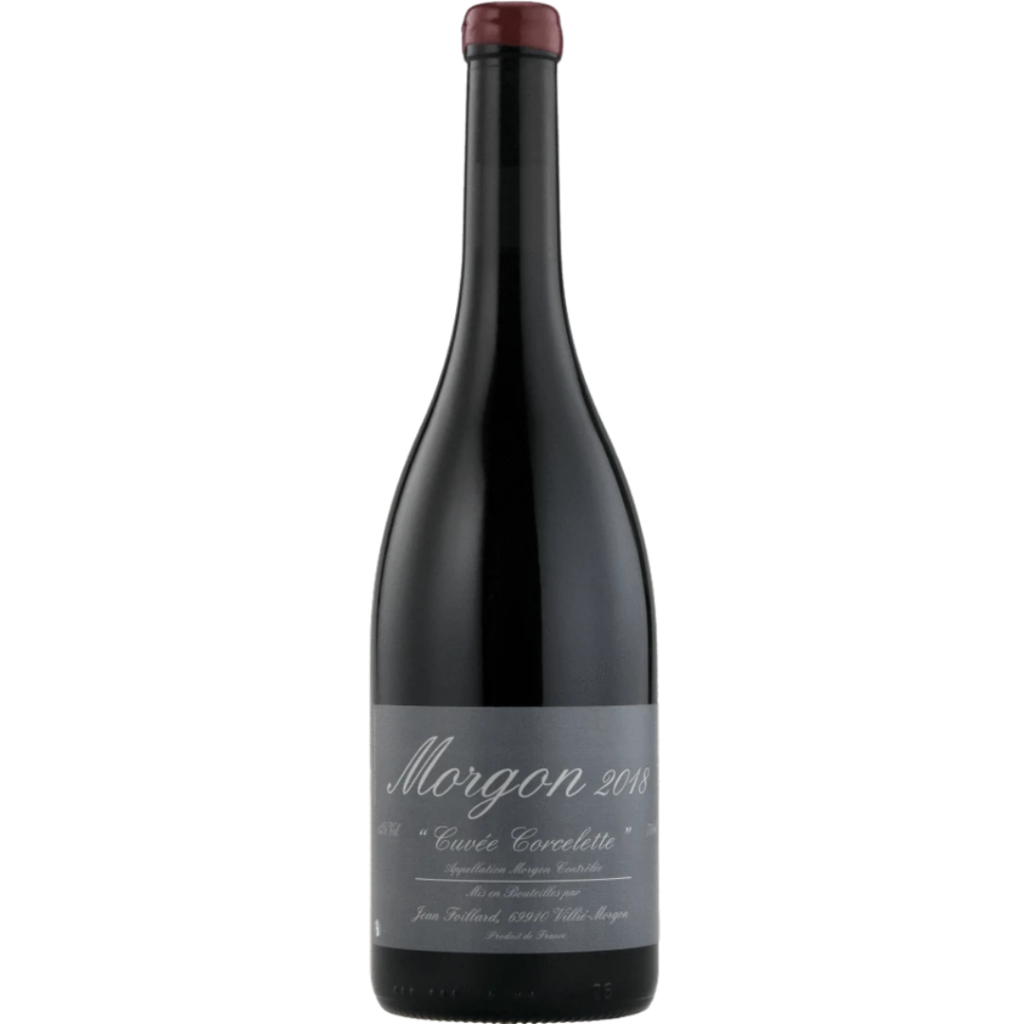 One of the Gang of 4 for the Cru of Morgon, Jean Foillard makes an amazing wine in the same way that a builder builds a good building. Through understanding the land, his tools, and his desired outcomes. This wine is taken from his so called ‘younger’ vines (still almost a century old). This is an expression of the acidity and florals of gamay. Great to pair with Lamb.

Morgon is one of the larger Crus. It is located pretty much in the centre of the action, surrounded by Fleurie, Chiroubles, Brouilly, and Régnié.  It is perhaps the most famous of the 10 Crus, with the only possible exceptions being Moulin-à-Vent and Fleurie.  Why?

As with all things French and wine, part of the answer has to do with terroir. Gamay thrives in granite, and while all the 10 Crus feature some granitic soils, Morgon really is Granite-land (and it’s the locally unique blue-tinged version of the rock). The other important rock here is schist, which in Morgon is often decomposed and called “rotten” by the locals.

Granite and schist – together with some volcanic rocks – dominate the most important terroir feature of Morgon: the hill called the Côte du Py. You’ll notice that name on some of the best bottles of Morgon that you drink. Here, the great soils combine with the perfect exposures that only slopes can provide, and this combination is one of the keys to the Morgon that we love.

The other key here is the human one, as Morgon is blessed with a greater number of quality producers than any of the other Crus. This is partly thanks to Jules Chauvet, whose natural wine philosophies inspired four of Morgon’s great producers – all of whom are imported by Kermit Lynch, who dubbed them the Gang of Four.

Morgon is that it is blessed with an extraordinarily range of excellent producers. This includes all four of the “Gang of Four,” protégés of natural wine pioneer Jules Chauvet: Jean-Paul Thevenet, Marcel Lapierre, Jean Foillard, and Guy Breton. All of these producers are excellent, and you should stock up whenever you see them available.

Another legendary producer is Chamonard. He too follows natural methods, but out of tradition, rather than the mentoring of Chauvet. If he had been imported by Kermit Lynch — who is credited with coming up with the term “Gang of Four” — it probably would have ended up a Gang of Five.