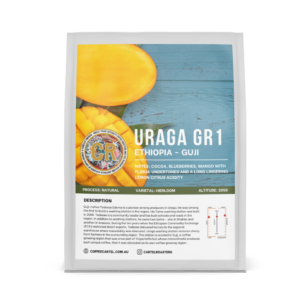 Guji-native Tadesse Edema is a pioneer among producers in Uraga. He was among the first to build a washing station in the region. His Tome washing station was built in 2008.

Tadesse is a community leader and has built schools and roads in the region. In addition to washing stations, he owns two farms – one in Shakiso and another in Anasora. During the ten years when the Ethiopian Commodity Exchange (ECX) restricted direct exports, Tadesse delivered his lots to the regional warehouse where traceability was obscured.